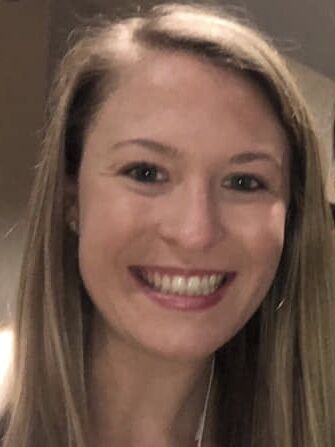 Roslyn, NY, July 29, 2020 – The Junior League of Long Island® (“JLLI”) a nonprofit organization of women volunteers, today announced that Stephanie Kearns of Garden City has been appointed President for the upcoming year. The office of the Junior League President is an annual appointment by the JLLI Board of Directors.

As Junior League President, Mrs. Kearns will be responsible for directing volunteer activities and community projects such as Project Playground, Positively Me and a myriad of “Done In A Day” volunteer opportunities that benefit Suffolk and Nassau Counties. The Junior League of Long Island strives to be the organization of choice for voluntarism and community partnerships to improve the health and well-being of women and children on Long Island.

Mrs. Kearns, a member of the Junior League since 2012, is an attorney who has practiced at firms on Long Island and Manhattan. She has served in a number of capacities on the JLLI Board of Directors, including Member Activities/Training Director, Projects/Research Director and President-Elect. She earned her Bachelor of Science Degree in Accounting in 2010 from Fairfield University. She is also a 2013 graduate of both Touro Law School and LIU Post where she received her Doctor of Law (J.D.) and Master of Business Administration (M.B.A). She resides in Garden City with her husband Evan and their son Landon.

“I am excited and honored to serve as President of the Junior League of Long Island this year. JLLI is a very special organization that works to create positive change in our local communities and to spearhead projects and programs that benefit women and children,” said Mrs. Kearns. “In the wake of the Covid-19 pandemic and social unrest our country is facing, JLLI is striving to meet the needs of our members and our communities in meaningful, impactful ways. We have our work cut out for us this year and it will require innovative, out-of-the-box planning, but I know our membership will find ways to carry forward our mission and our legacy of leadership on Long Island.”